The title of this piece is anything but vague. So, if you’re reading this, odds are that you’ve got questions about how you, as a queer and/or trans person, can navigate fertility.

In a world where fertility treatments are often geared almost exclusively towards cisgender straight couples, and infertility is defined specifically around heterosexuality, it can hard to understand where to start. That’s exactly why we put together this guide.

There are so many beautiful ways that people decide to become parents and build families whether that is through reproductive methods, co-parenting, fostering, or adoption. But today we are talking specifically about fertility and pregnancy.

Ready? On your marks, get set, learn.

First Things First: How are babies made?

Pregnancy is possible anytime a sperm is able to fertilize an egg and implant inside the uterus. Most commonly, this comes to fruition when a person with testicles (where sperm is produced), prostate and bulbourethral glands (where other ingredients in semen are produced) and a functioning urethra (how semen exits the body), has penetrative vaginal intercourse (with ejaculation inside the vagina) with a person with ovaries (where eggs are produced) and a uterus (where the fertilized egg is implanted).

More specifically, pregnancy can occur when the partner with testes has not had a vasectomy, and the partner with ovaries has not had a hysterectomy, is ovulating, and is not on a birth control method that inhibits ovulation. But there are a number of other ways to access the ingredients necessary for pregnancy and get them inside a uterus, which makes fertility and family planning possible for transgender and queer couples who want to get pregnant or biologically make a baby together. 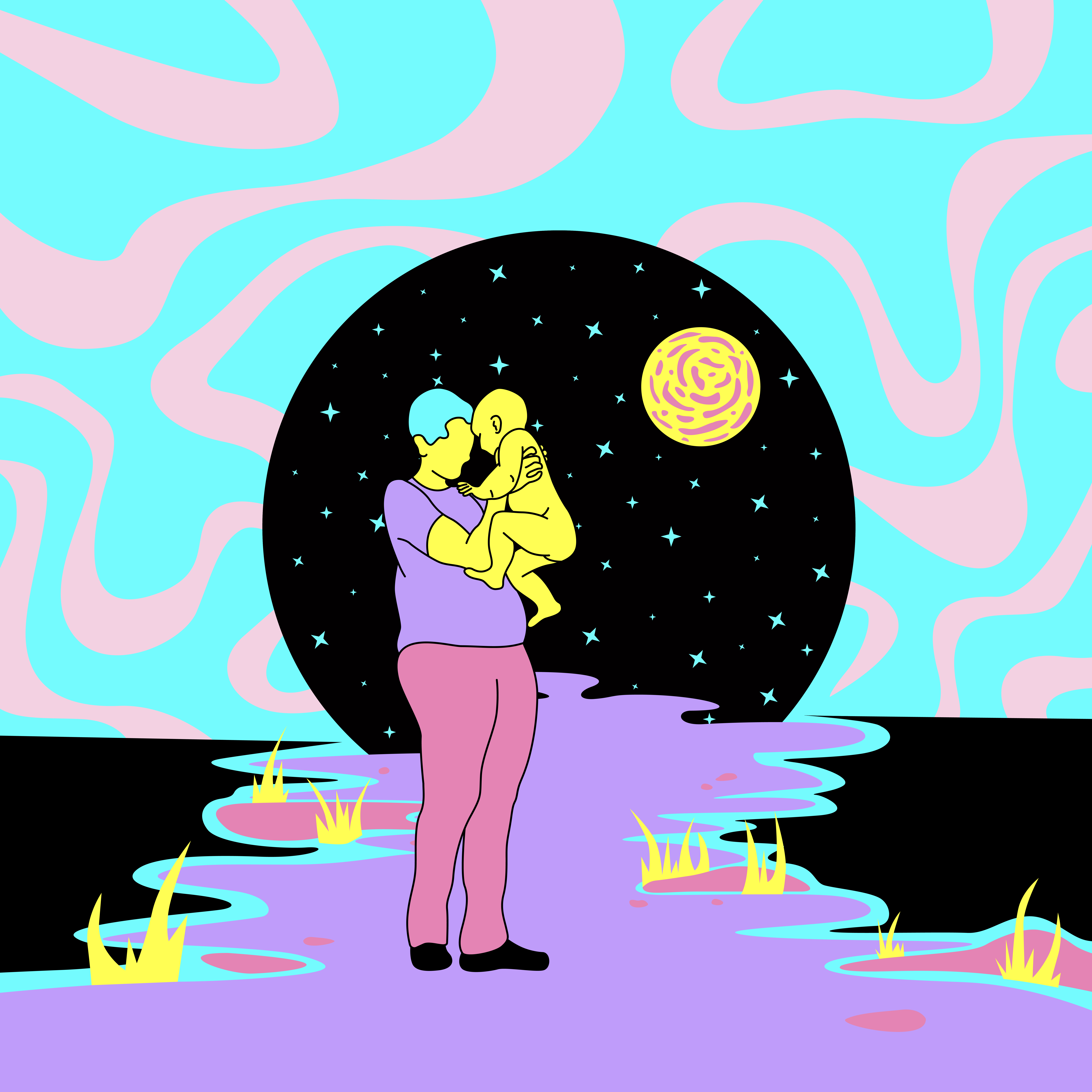 What are the different ways that LGBTQ+ people can conceive?

We won’t bore you with a second bird and the bees talk. But note this: Any time two people with the aforementioned different anatomies have intercourse, pregnancy is a possibility.

And that’s true no matter the gender identities or gender presentations of those involved! Pregnancy is possible even if one or both of the partners are taking gender-affirming hormones, such as estrogen HRT or testosterone HRT.

Kate Steinle NP, FOLX's Chief Clinical officer, former Director of Trans/Non-binary Care at Planned Parenthood explains: “If someone is taking testosterone and can release eggs (ovulate) OR is taking estrogen and can produce sperm, the hormones they are taking may decrease their fertility somewhat–by how much depends on the the amount they are taking, how long they have been on hormones, their fertility prior to starting hormones. ” she says.

However, that does not mean that gender-affirming hormones make someone infertile, because they don’t.

She notes: “The best case scenario is that someone stores their eggs and sperm prior to going on these hormones because they are likely the most fertile they will ever be (since younger age is very connected to how fertile someone is). However, it costs a lot of money to store sperm or to remove eggs from your body and store them,” she says. (Typically about $1000.00 a year for cryostorage). “And people who start hormones younger are usually not thinking about family creation, or are not financially able to afford preservation.” But even for people on HRT who haven’t taken these measures, there are options for those looking to conceive. “Some options might cost more money or require greater medical intervention, but there are options,” she says. Phew.

This is the option that requires the least intervention. To go down this path, you need at least one partner who has a uterus and can produce eggs (and who is willing to go off of testosterone, if they are on it). Testosterone is teratogenic, meaning it is dangerous to pregnancy, so if you are wanting to carry a pregnancy, this is a necessary first step.

From here, you have a few options regarding where the sperm comes from. One way is to have the donor ejaculate inside the egg-producer’s vaginal canal. A second option is to ask a friend, family member (not genetically related to the egg producer), or community member to be a sperm donor. The known sperm donor will provide an ejaculate into a cup, and then you will put that sperm into your body either through intravaginal insemination or intrauterine insemination, which are outlined in more detail below.

The risk here is that because it is fresh sperm (just regular old ejaculate that has not been processed to remove STIs or other bacteria), there is still risk of STI transmission if the donor is STI-positive. “The other risk of using a known donor is that legally the sperm donor has parental rights of that offspring until they have signed away rights after the birth of that child,” she says. It’s important to know that the donor cannot legally sign away rights while the child is still in utero. In general, if using a known donor, it's best to speak to an assisted reproduction technology attorney licensed in your state before getting started.

This is another option for people where at least one partner has a uterus, produces eggs, wants to carry the pregnancy, and is not (currently!) on HRT.

Most commonly, this option is used in relationships where there are at least two people assigned-female-at-birth. But, it could also be used in any partnership where the partner who has testes is not able to produce viable sperm for whatever reason.

Sperm banks allow you to buy the sperm of someone who anonymously donated them. A big benefit of sperm banks is that there are not the same legal or health risks of using a known donor. “Sperm bank donors are screened for STIs and there is a quarantine period of six months where the donor is re-tested to ensure negative status,” explains Steinle. “The sperm donor also has no legal rights to the pregnancy or offspring from the beginning.”

Sperm donors have the opportunity to decide their level of anonymity—Non-ID release or ID release. Choosing a Non-ID release donor means that the donor’s identity will never be released to the client or anyone else, and they sign an agreement stating they will not try to contact the donor. Whereas ID release donors mean that identifying information about the donor can be revealed to a donor child when they have turned 18.

The downside of sperm banks is that they are more costly. While the cost varies depending on the amount of vials purchased, the average cost is around $1000 per vial, although the cost can range depending on the cryobank, plus the fees for setting up an account, shipping, and cryo-storage.

Once you’ve located your sperm, there are two different ways to get it where it needs to go:

More on both of these options below.

Intravaginal insemination requires that you take frozen ejaculate, defrost it, and then get it inside someone’s vagina.

This method has a lower rate of success because the sperm still has to get through the cervix, into the uterus, and then into the fallopian tubes. “Some people like this option because their partner can do it or they can do it themselves,” says Steinle. This means that you can insert the sperm at home because it doesn’t require a medical instrument or healthcare professional.

Intrauterine insemination is a process that involves putting what is known as “washed” sperm into the uterus through a very small catheter that is placed through the cervix and into the uterus. “The process of prepping or washing sperm for IUI requires that any dead sperm or bacteria is removed from the ejaculate so that you are only left with a highly condensed amount of  healthy sperm,” explains Steinle.

A sterile solution is then added to this condensed ejaculate (or super-charged sperm) and that is put into the uterus through a cervical catheter by a healthcare provider.

Because you are getting closer to the spot where the sperm can meet the egg and fertilization can happen (the fallopian tubes), it has a higher success rate than intravaginal or intracervical insemination. Win!

The downside of this option is that you usually have to pay for a healthcare provider to perform the IUI, which usually costs somewhere between $1000-$5000. Most often, this procedure is performed at a fertility clinic, which makes it a less ideal option for people with a history of medical trauma or a general discomfort in doctors offices. Though, there are some healthcare providers who will perform IUIs in the comfort of your own home!

Worth noting: While IUI is usually done with donor sperm, it can also be done with the sperm of one of the partners involved if P-in-V intercourse is not on the table, or hasn’t yielded a pregnancy on its own.

Put simply, IVF is fertilization that happens outside of the body.

It can go down like this: “someone has an egg removed from their body, fertilized outside of their body, and then put back into their own body,” says Steinle. This is known, simply, as IVF. People choose IVF when, for whatever reason, fertilization is not able to happen inside their body. If the egg is removed from one person’s body, fertilized outside the body, and then the embryo is put back in their partner’s body, this is called reciprocal IVF. The embryo can also be placed in a surrogate’s body to carry the pregnancy. 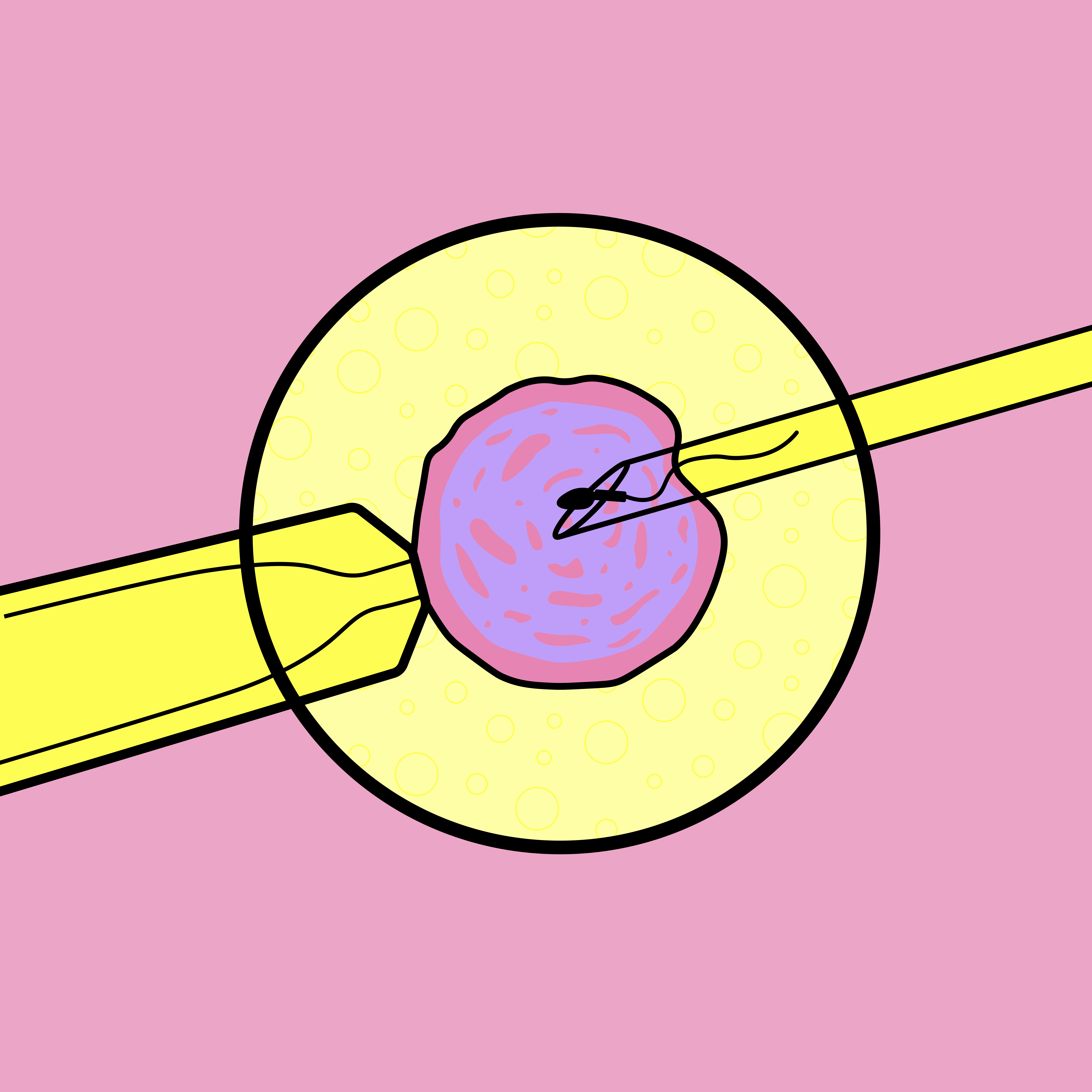 This option is typically used when one (or more) of the following or true:

The downside is that it’s incredibly costly. IVF often costs upwards of $30k per cycle, which includes: the retrieval of eggs, cost of sperm if using a donor, fertilization, transfer, medications, and more.

Surrogacy is where a non-partner carries the pregnancy for someone else. This option is especially common amongst queer couples where both partners have penises.

This procedure requires that one person provide sperm that can be used to fertilize a (donor) egg. Once fertilized, the egg is then inserted into a surrogate's uterus, and the surrogate will carry to term.

The type of surrogacy used here is known as gestational surrogacy, because it involves the surrogate carrying a fetus that they are not genetically related to. Some people choose a surrogate who they know and/or are related to, while other people prefer to work with a (compensated) surrogate.

It’s important to note that in a handful of states surrogacy is not legal, and in some others, surrogacy hangs out in a legal gray area. For example, some states allow traditional surrogacy (where the egg donor and the carrier are the same person) while others do not.

The biggest downside of this option is cost. A surrogate journey usually costs an average of $100,000-$130,000, while a compensated carrier journey can ring up at twice that for an average of $150,000-$200,000, which includes the costs of things like sperm retrieval, egg donation, etc.

Another downside is that there are potential legal complexities.

What Fertility Method Is Best For Me and My Partner(s)

So, how do you narrow down the above options to figure out the option that works best for you and your partner(s)? It’s best to get really honest with yourself:

If you and/or your partner(s) are queer and/or transgender, there are absolutely ways for you to conceive.

How you choose to move forward in your fertility journey is a highly personal decision, dependent on a wide range of variables. No matter what options you do or don't decide, take comfort in the fact that there are queer and trans people out here redefining what family means.