Who is Brian Michael Smith? Chatting with the sexiest man on T.V.

In the spring of 2019, Brian Michael Smith flew to California to camp for three days in the woods with 100 other men of trans experience. His friend, Rocco Kayiatos, founder of Camp Lost Boys, had invited Brian to that year’s retreat in Angelus Oaks. After a long weekend bonding and sharing stories with his soon-to-be brothers, Brian came back to Los Angeles with a new attitude. He canceled his return flight to New York and instead decided to stay in LA for the next six months. In that time period, he booked his first major network series regular role as firefighter Paul Strickland on 9-1-1: Lone Star, co-starring Liv Tyler and Rob Lowe. This feat made him the first out transgender male actor to secure a series regular role on US network television.

That wasn’t Brian’s first first, and certainly not his last. He’s been paving  the way for transgender people of color since high school when he was the first trans person to score a varsity touchdown in the state of Michigan. And just last week, he became the first trans man to be listed in People’s “Sexiest Man Alive” 2021 issue alongside Pose star Dyllón Burnside, SNL rising star Bowen Yang, and Paul Rudd.

He had no idea about his nomination and was at work when heard the news. One of his coworkers, Ronan Rubenstein, who was also listed in the issue, came over and showed him the article on his phone. As he scrolled through the lists of men, he saw himself and did a double-take. “Is that me?” he gasped. He called his mom right after and she had the same reaction, “What the hell!? I can’t believe it,” Brian quoted.

It’s not that Brian doesn’t think of himself as sexy, it just isn’t a term he would use to describe himself (a fit, emotionally mature person with a body carved for the gods by endless training days in the gym). He also grew up in Michigan and, while you can take the boy out of the Midwest, but you can’t take the Midwest out  of the boy.

Growing up, Brian would accompany his mom on grocery trips, but it wasn’t the snacks or filial piety he was going for, it was the magazines. He recalls that he would try to read People’s magazine cover to cover before they had to leave the store and that later influenced him to subscribe to his first magazine, Teen People.“To go from reading it and trying to even picture [myself] in it, wishing for it, to actually seeing myself on the pages of this magazine was huge,” says Brian.

People has been ranking men for this special issue every year for the past 35 years, and its impact cannot be ignored. Over 90 million people read the magazine every month and that’s just counting U.S. readership. “This one feels different because it’s more global. The impact of this one is going to reverberate in a different way and a wider way than some of my other achievements,” Brian responds about this cultural moment. “To know that someone who’s 15 or even 40 years old looking at the magazine and sees that acceptance is here and change has happened means the world to me,” he continues.

“To go from reading it and trying to even picture [myself] in it, wishing for it, to actually seeing myself on the pages of this magazine was huge"

Brian didn’t have this kind of representation when he was a young person. For the first eighteen years of his life, he had no knowledge that there even existed language to describe his trans identity. During that time, Brian didn’t know any trans people, let alone trans men. Information on how to navigate the world was available in either “the archives of some trans library or some pamphlets that Lue Sullivan made in the 1980’s”. He developed a deep love for performance, film, and movies and how  they transported him. But there was one issue: He couldn’t actually picture himself there on the screen. No one looked like him or had the experiences that he was living through. 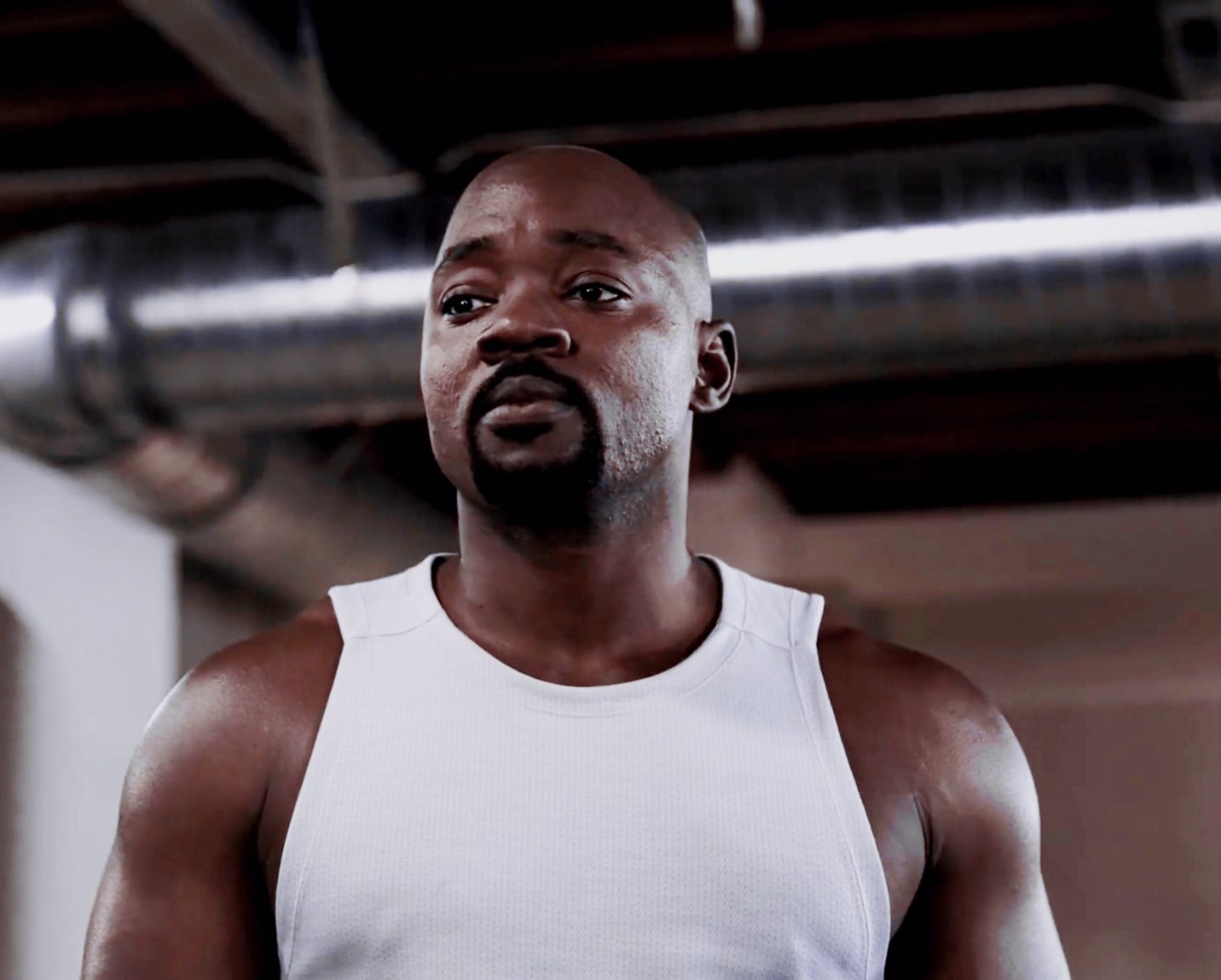 This disconnect between who he was and how people perceived him followed him to college at Kent State University in Ohio where he studied acting and video production. In one of his acting classes, the professor asked the students to bring in a scene they wanted to perform. Brian brought one from a clerk’s scene between two guys. “I liked comedy, and that’s the character I wanted to be,” he said when remembering this pivotal moment in his career. When he got up in front of the class and started acting out the scene, his professor stopped him and asked why he picked this.

“No one’s ever going to see you as [that],” his professor said to Brian. He urged him to choose something that people would see him as, which at the time was a Black woman. It dawned on him then that maybe he couldn’t do this. Other people’s perception would be filtered through this image of himself that he wasn’t and the roles he’d be able to play were ones he couldn’t connect with. “What do I know about womanhood? I had a hard time trying to be a girl,” Brian said with a laugh.

He became more involved in the production side of performing and taught acting to high schoolers after he graduated, even though neither were exactly what he wanted to do. After a few years staying in the Midwest, Brian moved out to New York in 2008 where he restarted his acting and performance career. He enrolled at the prestigious William Esper Studio and started to book commercial and theatre gigs. Then, in 2014, Brian came across Orange is the New Black featuring Laverne Cox.

It was the first time he saw a black trans woman as a series regular character that was based on her experience as a trans woman. “The way they told her story was authentic, truthful, and respectful of the trans experience without sensationalizing it,” he recalls.

Brian, like all of us, had seen the stories of trans individuals told on screen where they focus solely on someone’s medical transition, and most times, dehumanize their story to a trope of trauma and before-and-afters. Seeing Laverne play Sophia was a turning point for him.

“As an artist, I was at a place in my life where I asked myself the question of what unique thing can I bring to the table? What do I want to explore with my work that no one else can do?” he said. Three years later, he was cast in Ava Duvernay’s “Queen Sugar” where he played the role of trans masculine police officer Antoine “Toine” Wilkins. With the help of his on-screen character, Brian publicly came out as transgender that year, though he was already out to his close friends and family for years before that.

When asked what his definition of sexy is, Brian took a pause before he answered. “People who embody their uniqueness are really sexy and attractive to me,” he said. It’s not about aesthetics or fitting conventional beauty standards for him, but more about their connection to their truth. “It comes from an authentic place of love. You just want to snap and clap for them and buy them a drink,” he continued.

Owning your uniqueness might sound obvious today when every television studio is looking for the next underrepresented story hit series, but it wasn’t always this way. Brian grew up with a generation of LGBTQ+ people who had to sacrifice parts of themselves to achieve certain professional goals in their life. He, too, made that decision, and it wasn’t until he saw Laverne as Sophia that he had to question whether that invisibility was doing him any good.

“As an artist, I was at a place in my life where I asked myself the question of what unique thing can I bring to the table? What do I want to explore with my work that no one else can do?”

Toni Morrison once said, “all good art is political” which makes Brian’s career thus far really good art. From being the first trans masculine actor appearing as a series regular on primetime television to being voted one of the sexiest men on TV, he’s focused on increasing visibility and representation for his community. He claims that this most recent title isn’t something he’s particularly worked for, but isn’t that what all creative geniuses say of awards bestowed upon them? Even so, he recognizes that this particular achievement is different from his other firsts because it completely normalizes his identity and experience in the greater context of men. He wasn’t voted sexiest because of his acting work, his trans masculine identity, or his thirst-traps on Instagram, rather it’s a culmination of his entire life’s work thus far. 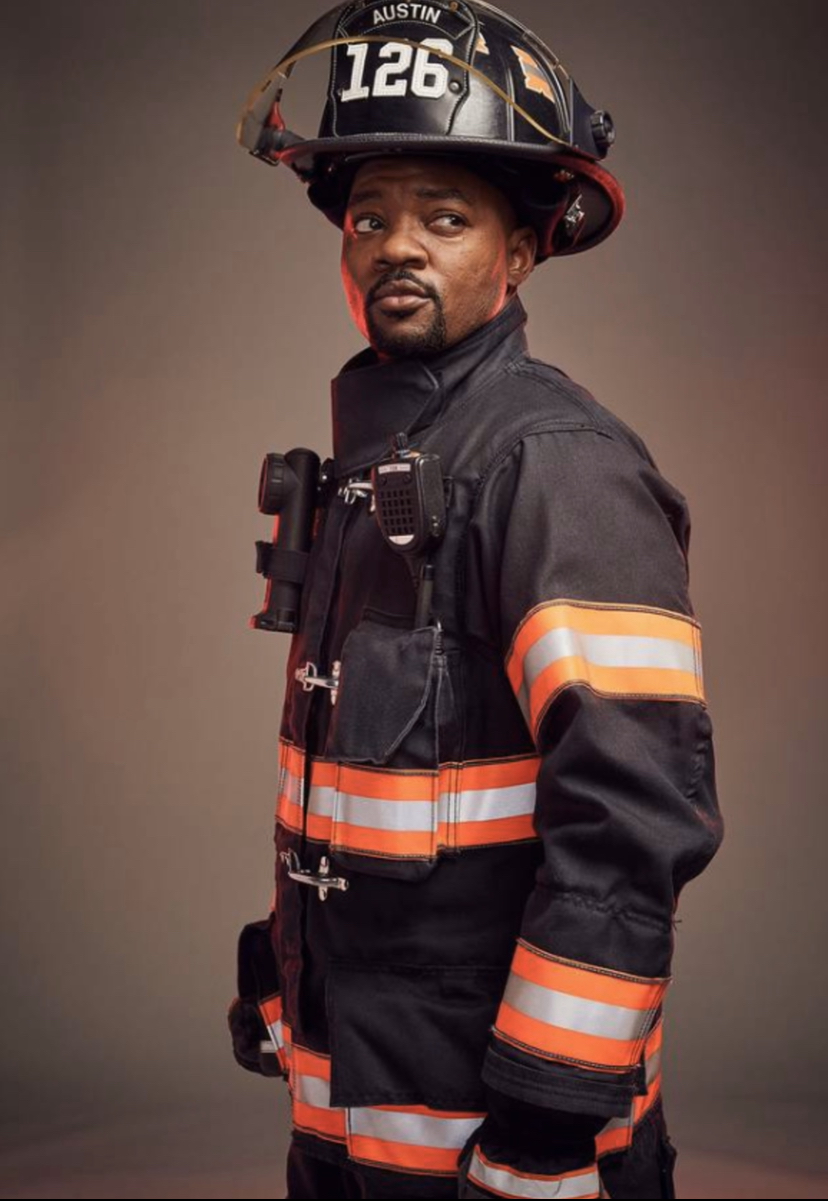 This Trans Awareness Week, Brian is reflecting on his journey to this present moment and how much society has changed. He keeps a stack of journals from when he was a young man and revisits those entries from when he was in a darker place in his life.

“I reconnect with those moments of resilience. It took a lot of strength to go through that isolated time, and I feel like I can endure all the things that come with my visibility now,” he shared.

If you had told 18-year old Brian where and who he’d be in twenty years, he probably would’ve laughed in disbelief. In those moments of struggle in his early days, he would close his eyes and ask himself what kind of man he wanted to be? “That has been my keystone in life,” he said.

Now, with all the professional training and confidence he’s built for himself, the image he’s had in his head finally matches what’s reflected on the outside. He’s a successful actor, advocate, role model just as much as he’s a husband, dog dad, and boxer.

“Your uniqueness can be celebrated without erasing everything else about you,” he says.

It’s been three years since moving out to Los Angeles and he finally was able to convince his wife, a native New Yorker, to move out west. It’s been harder for her because she doesn’t drive, he says. but the couple is making it work with T’challa, their Chihuahua-Pug mix. Brian hopes to one day work with Denzel Washington and bring more attention to untold stories about Black men, trans men, and the issues affecting his community. He recognizes the privilege he has being masculine and relatively binary and wants to use that to open the door and let his trans and gender non-conforming siblings in and speak for themselves.

“That’s where my advocacy work meets my artistry,” he says. Brian is not a legislator or an expert on the law, and he’s tried community organizing but “ [he’s] not good at it.” His art and public visibility are two strengths he can use to build a world where he’s not the only one to be “the first” to make space for his community.

A Conversation with Living Legend Monica Helms, Creator of the Transgender Flag