The year was 2006. I was 14 years old, and I had landed myself in the behavioral hospital for the first time. My unit peers gathered in the community area, sitting around in a circle of chairs,  folks much older than me reciting words verbatim without looking at their cards outlining “Who is an addict?” or “Why are we here?”

Every time one of these adults would introduce themselves, they would say, “Hi, I’m John Doe, I’m an addict.” Eventually, it was my turn. After introducing myself by name, I paused and said, “I’m not an addict. I actually don’t even know why I’m here.” In unison, they responded: “Okay, you’re not, but we are.” Overall, I found the entire exchange strange. How was it that all of these people seemed programmed to have the same thoughts?

I was soon placed in the detox unit for testing positive for cannabis upon admittance. No one fully answered my question: why am I here?

Years later, I began experimenting with drugs beyond cannabis. I did my best to not move into excess. I always thought I didn’t have a problem. For a while, that was true.

Over the next sixteen years, I found myself in an inpatient psychiatric program three more times. My excessive drug use didn’t sincerely take off until I was 25. I used substances to manage my bipolar disorder at times. Other times, it was purely recreational. It’s hard to say if my condition worsened or improved due to my substance abuse given how helpful I had found my drug of choice—ketamine—in relieving my deep depression and assisting with managing my hypomania. It was, however, abundantly clear I had a problem. With each passing psychotic episode, each one grew scarier than the last. My most recent stay in the hospital was the longest.

During my stay, the doctors stressed how using drugs was no longer an option for me. They explained that each time my brain enters a state of psychosis, I’m more likely to experience an episode again with a stronger intensity. Thankfully, while abstaining from my drug of choice didn’t cause physical withdrawal the way alcohol or opioids does, my doctors explained that certain drugs were more likely to trigger an episode for me. I was eventually released and started an intensive outpatient program (IOP) after completing a partial hospitalization program (PHP).

In outpatient rehab, we introduced ourselves. Each group member noted their various lengths of abstinence from drugs as “clean time.” I realized by that point, I had thirty days from when I last used. I mentioned this to the group facilitator and asked, “What am I supposed to do now? Am I supposed to get a chip or something?” She said, “You’ll have to go to a meeting for that.” 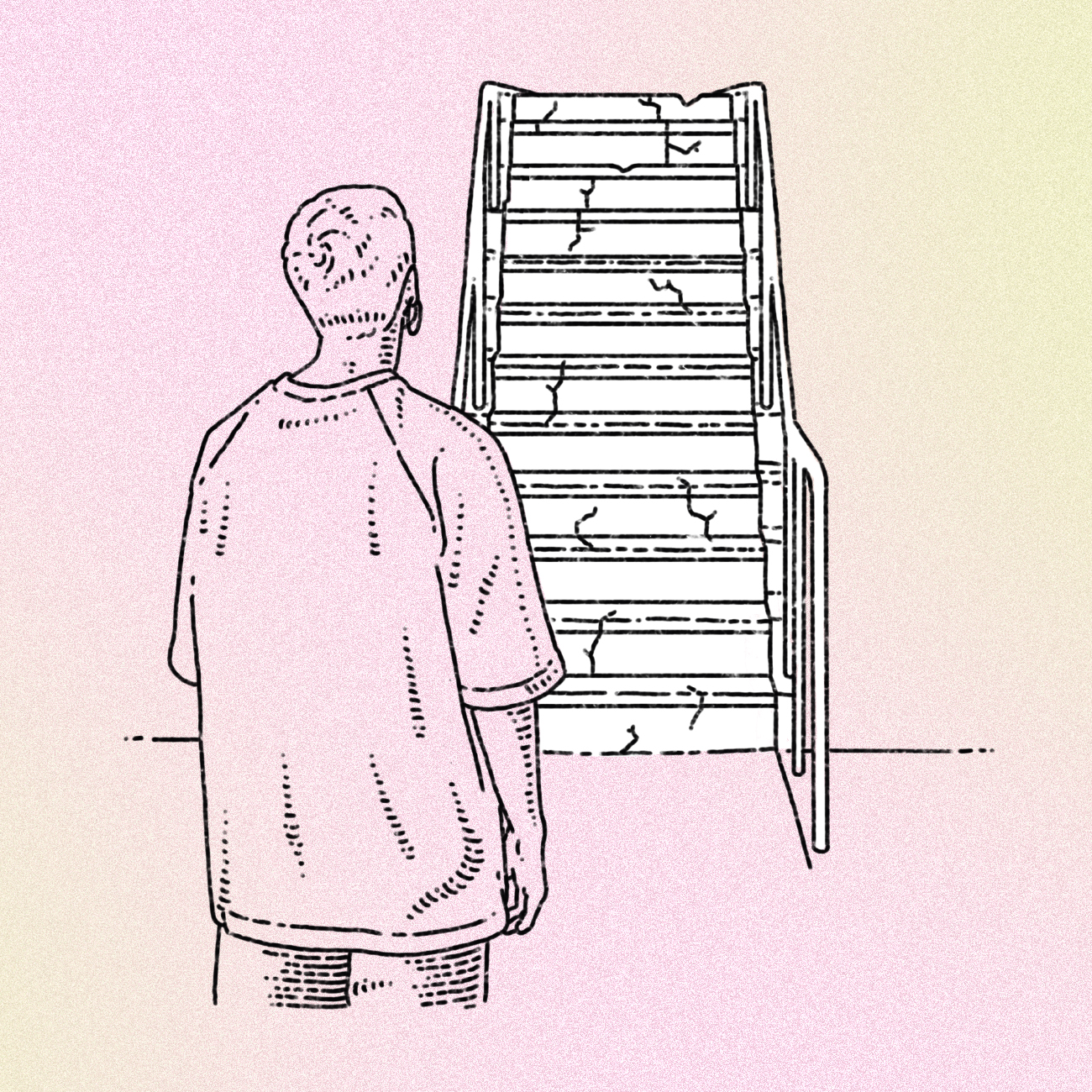 I didn’t realize “a meeting” was ubiquitous with Twelve-Step programs. Someone in my group volunteered to take me to a Narcotics Anonymous (NA) meeting. Quickly, I was set up with a sponsor, told to attend 90 meetings in 90 days, and to start “working the steps.”

Narcotics Anonymous worked for me for a time. However, many of the principles and suggestions taught were treated as dogma. I remember one time, my sponsor tried to convince me into moving to a halfway house because she felt my parents were “enabling me” by not having me pay rent. (Yes, really.) I grew skeptical but continued to attend meetings— partially out of pressure from my therapist and sponsor, and partially out of a desire to “finish what I’d started,” even though you’re never really “finished.” Twelve-step programs require lifelong attendance until it is time to meet your “higher power.” My key chain kept getting more cluttered the more clean time I amassed.

That was, of course, until one day close to my nine month anniversary, I went out to lunch with my boss. A big wine connoisseur, my boss ordered a bottle of expensive white wine. Out of a slight amount of peer pressure and embarrassment, I didn’t decline the small pour, such an insignificant amount–no more than a few sips. Immediately, I felt guilty. Afterward, I told my sponsor, even though I never had a problematic relationship with alcohol (unlike ketamine and other substances I was in recovery for).

She told me in no uncertain terms that I had relapsed and needed to start working the steps over again, now that my “clean date” was reset to zero. I complied, but resentment grew within me. It wasn’t that I even wanted to go out and use again. My days of craving my drug of choice were completely behind me. Yet every time I attended a meeting, everyone had similar anecdotes that one cocktail would lead to them laying naked in a ditch with fresh felonies. How is this the only treatment modality offered in recovery?

That’s the thing though–it’s not.

I first heard about SMART Recovery (SR) through a mutual friend who regularly attended meetings. The acronym SMART stands for Self-Management and Recovery Training.

“This is more than an acronym: it is a transformative method of moving from addictive substances and negative behaviors to a life of positive self-regard and willingness to change,” the official website explains. “Far too many people feel powerless over their lives and carry a sense of futility, a dread of staying trapped within an addiction pattern and locked into their circumstances. SMART helps them learn the skills they need to overcome their addictions and transform their lives.”

Unlike NA and similar Twelve-step programs, SR incorporates techniques and tools from evidence-based recovery and mental health treatment therapies, including cognitive behavioral therapy. Generally, the SMART program aims to equip you with the tools you need to help you manage your behaviors. If you feel that you have the tools, great—keep using them.

However, unlike NA’s culture of “keep coming back,” you aren’t required to attend SMART meetings for life. While the program generally encourages abstinence-only sobriety for those who can achieve it, SMART also accepts scientifically proven harm reduction recovery strategies, such as medical marijuana and Medication- Assisted Treatment (MAT), which was incredibly important to my recovery journey. This was vastly different from NA, where anyone prescribed suboxone or methadone would be considered in “active addiction” for opioid abuse.

My first local SMART meeting had me on the verge of tears. I recounted my recent experience—where my NA sponsor accused me of relapsing—to the group and the SR facilitator explained:

“Frank, let’s say you’re on a road trip. You’re driving from New York to Los Angeles. Your car breaks down in Chicago. Where are you getting your car fixed? Are you driving back to New York to do this? No! You stop by at someplace in Chicago and you keep going. Your recovery is no different, and I’m sorry your sponsor thought it was appropriate to have you start the steps over again, let alone consider this a relapse. This was not a relapse. You could call this a slip, but by no means was this a full blown relapse. You are still on the right path.”

I then immediately knew I had found the right community for my recovery. I broke up with my NA sponsor shortly afterward. It took me several months to let go of the built up resentment, to not think of my time in NA as a waste. Truthfully, it felt good to be in a peer support group that wasn’t centered around how much I needed to “surrender to my Higher Power,” or constantly refer to myself as an addict with an incurable disease.

I’m not powerless over my addiction. I’m making a choice to no longer engage in behaviors that used to harm me.  That seems like that’s the smart option, doesn’t it?

Beyond Narcan and Drug Testing Strips: The Movement for Safe Supply