This article has been clinically reviewed by Jacob Elliott, RN and Jess Schwab, DNP. Elliott also contributed to this article.

Most information around sexually transmitted infections (STIs) and sexually transmitted diseases (STDs) is by default geared towards cisgender people having heterosexual sex. Even when information about protection from STIs includes LGBTQ+ people—such as these recommendations from the Centers for Disease Control and Prevention (CDC)—they usually center on the experiences of cisgender gay men.

If materials about STIs do happen to include transgender people, transgender women are usually centered in these discussions. The point is, there aren't a ton of resources out there on the sexual behaviors and experiences of transgender men, transmasculine people, and other non-binary or genderfluid folks. That’s why we’ve set out to create an STI guide for folks on gender-affirming testosterone GAHT/HRT.

Unfortunately, there is a gap in clinical research, health studies, and medical information for transgender people and non-binary people who were assigned female at birth (AFAB), especially those who have sex with cisgender men or transgender women. If you’re having sex, thinking about having sex, or just generally want to feel more relaxed and protected in the ways that you are sexually intimate with other people, it’s a good idea to get to know the ways to do it safely, so you are protecting yourself and others.

It’s also important to know the differences between physical changes you might experience on testosterone hormone replacement therapy (HRT) and symptoms of common STIs. This guide is geared toward anyone who is assigned female at birth, or intersex, and identifies as non-binary or on the trans masculine spectrum.

What are sexually transmitted infections (STIs)?

There is also a misconception that if you were assigned female at birth and primarily have sex with other AFAB bodies, you aren’t at risk for getting sexually transmitted infections. STIs don’t care what body parts you have, what your gender identity is, or whether you identify as straight, bisexual, or gay. And while different types of unprotected sex (sex without barriers or condom use) may result in a higher likelihood of contracting STIs, they can affect anyone and are easily passed from all types of sex. Whether your sexual practices include oral sex, anal sex, or front hole sex using any body parts and/or sex toys, it’s important to learn about how to protect against STIs.

Getting an STI can be upsetting, but it’s important to educate yourself, practice self-compassion, and reduce the stigma and shame that can often be attached to contracting sexually transmitted infections. For transgender people and non-binary people, in particular, feelings of gender dysphoria can be triggered by getting an STI, especially if it focused our attention on parts of our bodies that we might have complicated feelings around. Staying on top of and empowered in your sexual health and getting tested regularly is the best way to protect against STIs. 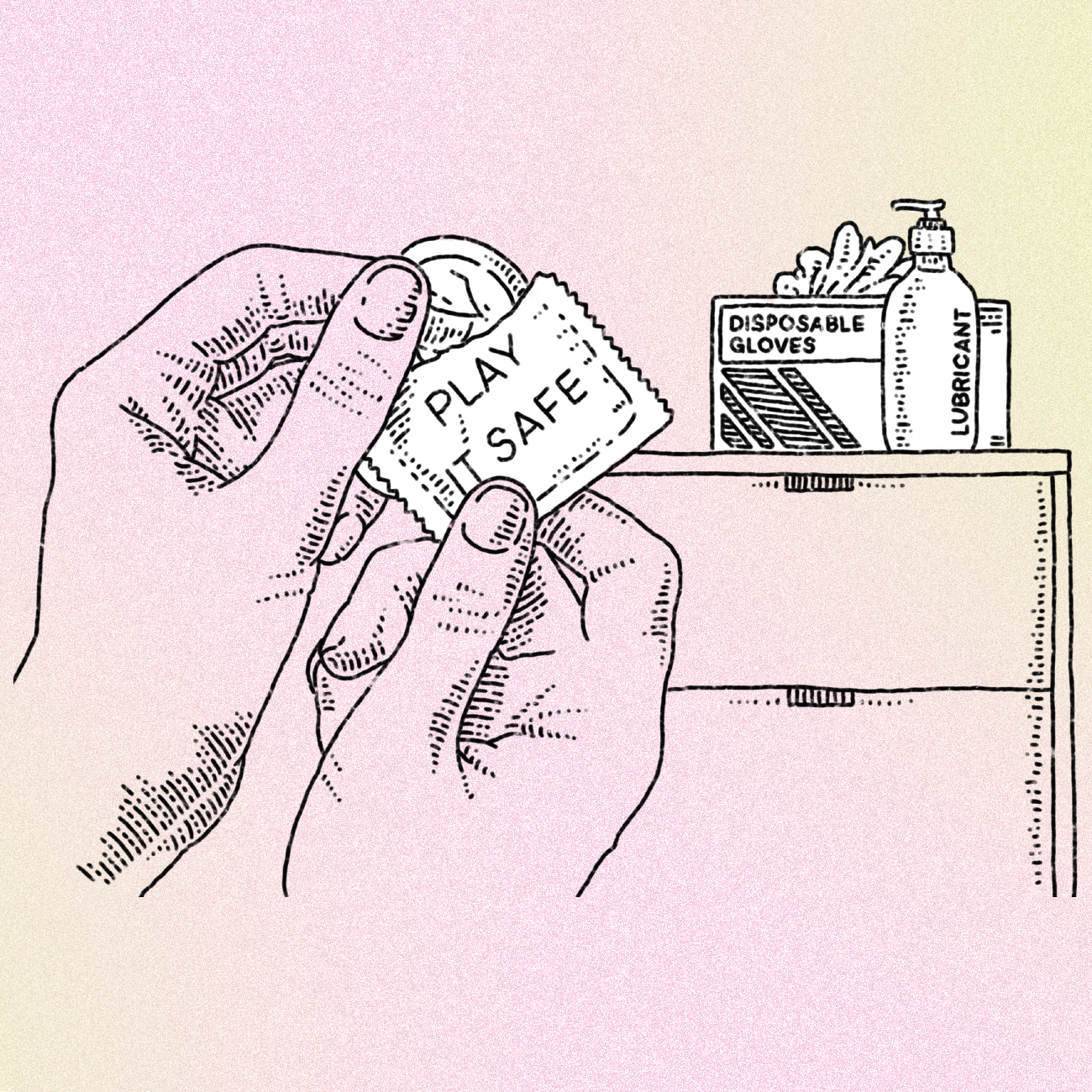 What is the difference between an STI and an STD?

There isn’t much of a difference between STI and STD. No matter if people use the term “sexually transmitted infection” or “sexually transmitted disease,” they are talking about infections that get passed from one person to another during sex. STI is the most up-to-date term used by healthcare providers and sexual health educators, as the word “infection” is more accurate and less stigmatizing than the word “disease.”

Furthermore, infections happen when viruses or bacteria enter the body and the immune system mobilizes to fight them off, whereas disease happens when an infection leads to damage and illness in the body. Long story short: most infections never turn into diseases. This is especially true for STIs, as many people are asymptomatic and don’t know when they have one, and they can often be treated or cured before they cause damage.

Are my physical symptoms from an STI or testosterone GAHT/HRT?

First off, bottom growth can feel slightly painful, itchy, hot-feeling, and uncomfortable. Especially weeks, months, and years over time, you’ll notice the physical growth down there. Hypersensitive growth can be uncomfortable when brushing against underwear. One study found that the discomfort that some people experienced with bottom growth resolved around six months of treatment.

Second, front hole irritation, or vaginal atrophy, is characterized by the tissues around your front hole becoming thin, easily irritated, and especially sensitive to internal friction (such as different types of penetration during sex) while on testosterone GAHT/HRT. As a result, this area can feel dry, painful, itchy, and/or as if it were burning. In addition to dryness, thinness, and irritation, front hole irritation can also cause urinary incontinence—or an inability to hold in your pee—which can cause urinary urgency, or the need to pee quickly and/or more frequently.

Testosterone can also change the pH and beneficial bacteria that keep everything healthy and balanced. Due to this hormonal change, front holes can be more prone to bacterial vaginosis (BV) and yeast infections. The tissues of the urethra (the urinary pee hole) are also affected and can cause some people on testosterone to be more susceptible to urinary tract infections (UTIs) or bladder infections. While everyone's body reacts differently to this hormonal shift, these changes can start within three to six months of testosterone and reach maximum effect around one to two years. 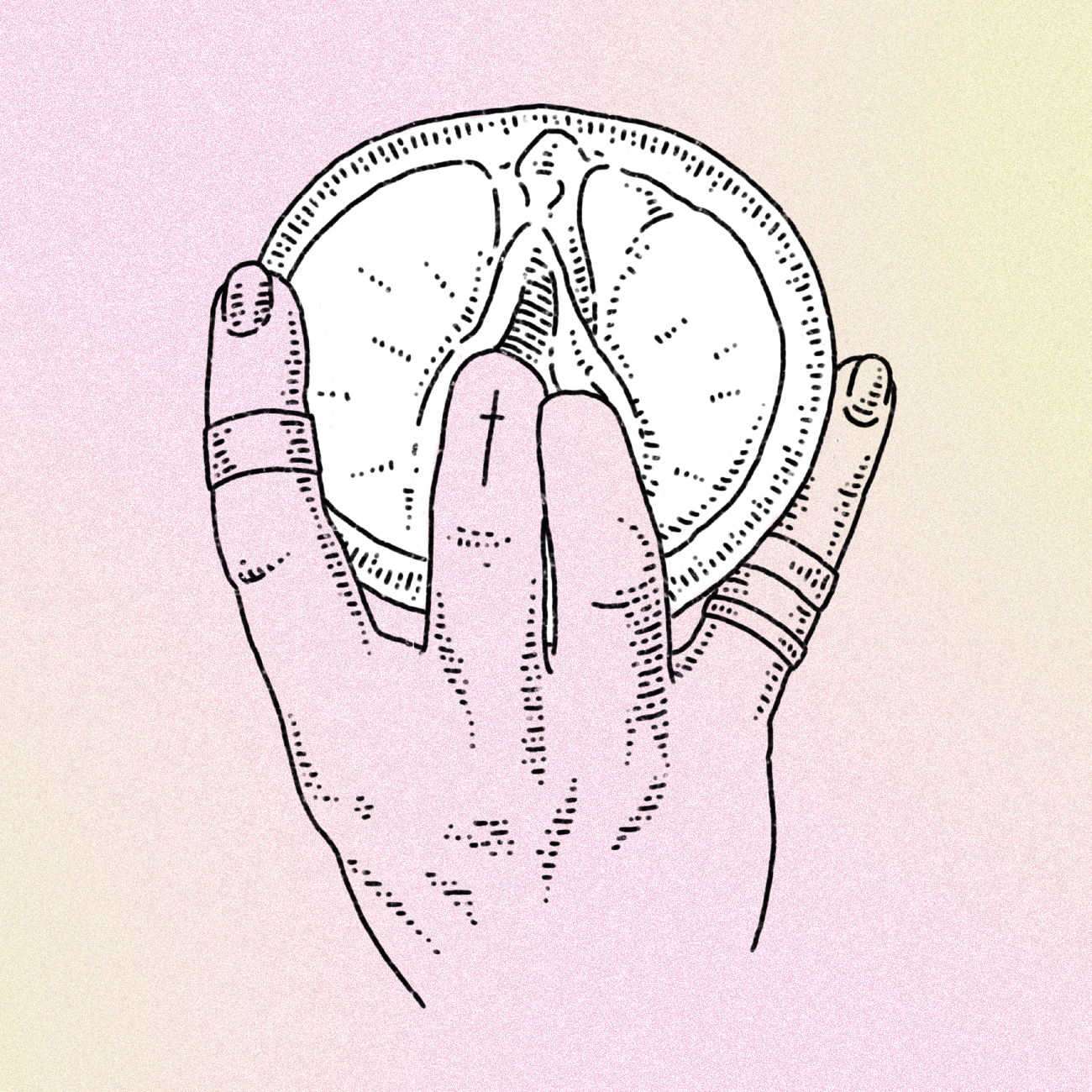 What are the symptoms of some common STIs?

When should you get things checked out?

If you experience any of the symptoms listed above, know that you have been exposed to an STI, or if you just have a feeling that you should get checked out, get tested! Contact your local healthcare provider or health center for more information. It’s also important to get tested regularly, even if you don’t have any symptoms.

If you’re new to FOLX and interested in gender-affirming healthcare, learn more about our estrogen and testosterone offerings. If you have additional questions about STI signs or symptoms, you can schedule a virtual primary consult here. If you have additional questions, please contact support@folxhealth.com. FOLX members with questions about their sexual health are encouraged to contact their clinician.

What Physical Changes to Expect on Testosterone Hormone Replacement Therapy, Explained by FOLX